THE FOLLOWING WAS SENT TO ME BY A RESEARCHER, ‘TAL’, WHOM I GREATLY ADMIRE AND RESPECT, SINCE HE WAS THE ONE WHO FIRST TURNED ME ON TO THE ‘DULCE’ INFORMATION. I PERSONALLY BELIEVE THAT ONE SHOULD NOT CLOSE THEIR EYES TO POSSIBLE DISINFO, YET EXAMINE IT IN THE ‘LIGHT’ OF ALL FACTS. WE SHOULD ‘SHINE THE LIGHT’ ON ‘ALL’ CLAIMS… AS I AM CONVINCED THAT DISINFO – WHETHER IN WHOLE OR IN PART – CANNOT STAND UP AGAINST THE ‘LIGHT OF TRUTH’. SO HERE IS PART OF THE POST WHICH ‘TAL’ SENT TO ME, EXPLAINING HIS PERSPECTIVE ON THE ‘DULCE MATRIX’:

The Alternate DULCE BASE scenarios released by Jo Ann & Mark Richards make it so People will be unable to decipher what is true and what isn’t.

So… In effect, over time the whole DULCE BASE story becomes discredited…

Just like the whole subject of UFO’s became discredited.

* The DULCE material will NOT be taken seriously by credible people.

And we NEED credible people to help look into various aspects of the subject matter around the BASE.

We were about to release large amounts of previously highly classified information, bring it out into the open. But… Then, Jo Ann started going on the Radio (First in England, then in the USA)

Jo Ann & Mark Richards have mixed OUR previous DULCE INFO (and in some cases “word for word”), with their Fantasy B.S. !

(COMMENT BY BRANTON: If TAL is correct, then Mark Richards ‘may’ be involved in some sort of difinformation project, since he DOES seem to have current or former ties with the military. However, I believe that most people are MATURE ENOUGH to examine ALL SIDES of a story, and in essence ‘eat the meat and spit out the fat and bones’, so to speak. One should not be afraid of possible disinfo, but rather put it under the microscopic scrutiny of proven fact… or at least the growing ‘body of evidence’. One claim however is that Ellis Lloyd Richards, Marks father, was a director of the N.R.O. However, there is no record of this being so, which would tend to discredit Mark Richards’ story. So as a result of this we will have to conclude that there is NO evidence that Ellis Lloyd Richards was a member of the ‘National Reconnaissance Office’. Since I believe that most of the readers have graduated from kindergarten, you/they should have learned by experience — although of course many of us are still learning — to separate fact from fantasy to at least a certain degree, and hopefuly moreso with the passage of time … ‘Nuff said. – Branton)

BELOW IS MORE DUBIOUS ‘DULCE’ INFO – ACCORDING TO ‘THE GROUP’ AS I WILL REFER TO THEM, OR A NUMBER OF RESEARCHES WHO KNOW THOMAS CASTELLO ON A PERSONAL BASIS…

The above photo is one of the few AUTHENTIC photos of the interior of the Dulce Base, taken by Thomas Edwin Castello, former base security officer. It is a photo of a ‘Blood Lab’ within the base…

There are some who claim that there may be an elaborate dis-info campaign to discredit the Dulce Story – and/or people who are using false facts to promote Dulce info that is not entirely accurate — possibly for motivations of disinformation OR financial greed. All that I can say is that truth does not surface easily, but like a sprouting tree must break through the ground and overcome the resistance of the overlying rock or soil, before it breaks through to the surface. So be careful in what you read concerning the Dulce base, as there are those who DO NOT want the truth to come out, and who may attempt to cloud the facts. Try to separate the “wheat from the chaff” so that the entire truth can finally emerge.

I Trust – and HOPE – that the readers of this website are mature enough to examine potential deception and disinfo without being sucked into it. One should base their BELIEFS on mental reasoning and analysis, and NOT on emotionalism (such as that which Adolph Hitler used to convince the Germans to slaugher millions of innocent citizens)!!!

For instance one researcher, T.A.L., has made the following observation:

(NOTE FROM BRANTON — TAL claims that the Japanese NIPPON TV crew created a ‘model’ of the Dulce Base, based on TAL’s descriptions, and then video-taped the model, a video which he claims was used by others to create the so-called DULCE VIDEO and pass it off as an ACTUAL video taken of the Dulce base’s interior. This video is being distributed by Tim Beckley of Global Communications, also known as “Mr. Creepo” in the porn-horror film industry [[[Warning: the “Mr. Creepo” link may contain material of a graphic nature]]]. This may or may not be the case with some or all of the still photos allegedly taken of the base’s interior. There is however no evidence that ALL of these photos were taken in the Dulce base, and according to TAL, some of them may be computer-edited photos… such as the top photo in this link. The verdict is still open in this regard… This has absolutely no bearing however on whether the overall collective testimonies on the Dulce base are accurate, since there are literally dozens of individuals — as can be seen in the DULCE MATRIX itself — who confirm various aspects of the story. Now some of these sources may well be disinfo agents, which would be expected with a secret of this magnitude, yet even attempts to cloud the truth with SMOKE more often than not tend to conceal a FIRE of truth within…)

TAL continues:
“…My Interview was done in Norio’s house. That is where I gave them the drawings for the Dulce Base MODEL they built. Then, they video taped THEIR Model.”

Is the following story TRUTH or DISINFO !?

( ‘Allegedly’ describes the Events of the ‘Battle of Dulce’ )

COMMENTS BY BRANTON ON ‘THE DULCE BATTLE’ REPORT

MORE (DUBIOUS AND QUESTIONABLE?) INFO ON…

((( NOTE FROM BRANTON: The “Dulce Battle” file cannot be confirmed by other researchers and experiencers in the Dulce base enigma… so read it for what it is worth, and compare it with the other reports. Could it be disinfo as some claim!? Due to the lack of evidence confirming many of her claims – for instance there is absolutely no evidence that her husband’s father was a director of the N.R.O., as claimed – one should reserve an element of heavy skepticism… )))

Message from’TAL’
You can’t “scapegoat” any hidden underground base ANYMORE.
* No more need to talk about the DULCE Base Bio-genetic crimes…. It has now all gone Mainstream and is openly Public !
Scientific Crimes Against Humanity
http://civillibertarian.blogspot.com/2007/01/scientific-crimes-against-humanity.html
It seems every day we read of yet another mountain of funding going toward the race to get in on the biotech revolution’s fantastic promises of profits, jobs, inventions, cures, wealth and panacea. Who is fooling whom here?
This is one of the great fictions of the scientific community, that science is amoral.  This great lie casts a pall of moral immunity over the scientific of every genre.  However, everything we fear most came to us from science.
So get real.  Scientists have refused to accept their own moral responsibilities.

NOT DULCE – BUT INTERESTING 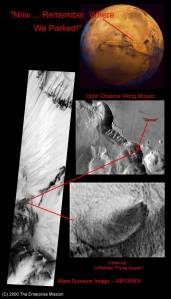 7 thoughts on “Dulce Deception? THE FOLLOWING WAS SENT TO ME BY A RESEARCHER, ‘TAL’”